Any news on whats' happening over at RS?
Have been deducted approx 140,000 credits and 1,000 Boinc places since it went offline last weekend.
Will it be back - I just want my credits restored

you have three differents CPID : one for Riesel, one for Enstein, and one for all of your other projects, that's why you have lost 140000 credits in a day

won't be possible to restore your CPID as far as RIESEL is down...

P.S. sorry for my bad English

Well, I finally had enough when all the the completed work I had run had the output file uploads timeout and abort (thus wasting the time my hosts spent running them to completion).

I reset the project on all my hosts to clear all the left over detritus.

I'll have to admit that I'm a little discouraged about the utter lack of advanced warning and further updates about this outage. It's not like the project didn't have a clue a major event was forthcoming.

I'll have to admit that I'm a little discouraged about the utter lack of advanced warning and further updates about this outage. It's not like the project didn't have a clue a major event was forthcoming.


RS has been a no show for about three weeks, the question needs to be asked: Was it a spoof project from the getgo?

If RS wasn't giving out way too many credits, would anyone have been crunching it?

. . . surely not for the interesting science it was involved in.

I must confess, I got caught up in the hoopla about RS and crunched it for a few almost 8K credit days on my humble farm. . .

. . . but quickly repented and came away feeling that I had wasted electricity and computer cycles.

Well, I hadn't gotten to the point where I was thinking along the lines they were a shill project to increase the profits of the utilities and big energy conglomerates! :-)

In any event... Primes and large number research does have application in encryption, data security, and other fields, so I wasn't feeling like it was 'busy work' science either.

That doesn't change the bad taste in my mouth with the way this particular outage was handled though. :-(

OTOH, they aren't the only project which has dropped the ball like this either! ;-)

Well, I hadn't gotten to the point where I was thinking along the lines they were a shill project to increase the profits of the utilities and big energy conglomerates! :-)

In any event... Primes and large number research does have application in encryption, data security, and other fields, so I wasn't feeling like it was 'busy work' science either.

That doesn't change the bad taste in my mouth with the way this particular outage was handled though. :-(

OTOH, they aren't the only project which has dropped the ball like this either! ;-)

In RS defense, one of the members of the project has posted on the shout box here that he did not know what was going on and could not get in contact with the member that had physical possession of the servers. I do not get the feeling the guy that seems to be incomunicado has run off with all the equipment to sell to some pawn shop, but who knows. I hope nothing has happened to the guy.
This signature was stolen from somewhere.

Agreed, and I'm sure I won't hold it against RS in the long run.

However it has been close to two weeks since there was any word from any of the guys. That's getting to be a bit much in almost anyones book. ;-) 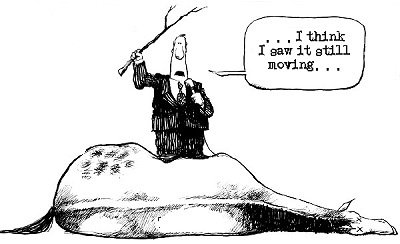 Any news on whats' happening over at RS?

Some news over at PG:

In the interest of consolidating discussion & moving our efforts forward, I have set up a small forum as a new 'command post' for the Riesel Sieve project, on one of our alternate domains, dc.rieselsieve.com. Since I don't have a copy of the database, anyone would have to re-register to post, but I plan to have this be the central communications point moving forward.

This is Lee. I will restore most of our severs at Riesel Sieve in the near future. 'Near Future' doesn't mean now...tomorrow...or two days from now. It may mean this weekend if I have the energy, time, and equipment/supplies to bring us back online. I regret the sudden suspension of our project with no notice. It was caused by forces outside my control and our project remained down until certain issues were taken care of. The last few weeks has only been laziness on my part and Bryan shouldn't be blamed for any of it. I look forward to restoring this project to its once former glory and I appreciate all the support and help each of you have given Riesel Sieve over the years. I apologize for the continued downtime since there is no valid reason beyond time and simple laziness for non-restoration from this point forward. I ask for patience but don't expect any...I would pretty jumpy too if I were in your place.

Look for servers to be up in the 'Near Future'

Thanks for your patience!

Questions or comments?
Join us on irc.freenode.net #rieselsieve

Heres an update posted by Bryan on the dc.rieselsieve Forum last week:

Now there's a point to posting. I intentionally haven't bothered to come to the forum here because I a had no info and b was quite tired of the constant bitching/demanding/pleading/questioning. I had NO info, just the same dangling hopes that were pushed along by Lee.

Just yesterday, DNS control was handed over to Sean (punchcard) by Lee. Also, all data is supposed to be uploaded by Lee to Sean this weekend. Sean is an old friend of Lee's, and I'm not sure why suddenly Lee is passing along things. But, now that we've seen SOMETHING out of Lee, there's at least a point to making plans.

I do appreciate the offers of assistance - without data, though, there was no real point. Other questions have to be answered as well - especially what shape will RS have moving forward. I know that, for the time being, BOINC is suspended indefinitely. The main problem is the hardware & bandwidth requirements. Yes, the sieveing portion could easily be done by Rytis & PrimeGrid. However, stats would be a big issue. Do things get credited/merged? Do they get archived & then the sub-project gets new credit under PG? What about when LLR gets back online? LLRNet has been running along quietly in the background, with a few users accessing it, out of my house. LLRNet is very lightweight, and there is a programming effort underway to create a new version of the LLRNet client. That makes it very easy to run on any hardware, with any bandwidth.

To be honest, I have thought about simply walking away completely. I've always been the humble 'code monkey' / 'PR guy' at the face of the project, but with very little real control. Having the time to myself on evenings/weekends to pursue business interests (read: $$) has been refreshing & useful. I do not have any plan to run RS on my own as we move forward; if anything, bits & pieces will be handed off to those who'd like to head up an effort. Who knows, really, as I still don't have any data in-hand to dole out.

Sean has already said he can host the forum & web code for the project, once he has it. The DNS is set up (you'll notice that the site is actually responsive now). We just need the data from Lee to bring the forum back to what it was and the website back to something useful. This will also have all the data on k/n status for LLR and sieve. With an actual site up & running, it will be possible to create a detailed action plan. That said, I don't have the resources (mainly time) to create a full action plan. Anyone who would like to help with a certain area can feel free to mention it.

The main categories of items are:

-Website / Forums (Sean will host)
-LLRNet (server running currently on my computer)
-Sieve (non-BOINC, reservations will be up once the website is up)
-BOINC (suspended pending hardware issues & discussion of what to do with credit)

Yes, it's been a great 5 years - I really have been saddened by the downtime of RieselSieve. That said, taking a break from something that I've put 5 years of time into (without ANYTHING in return whatsoever) has been refreshing & given me a different perspective. I wish Lee would have turned over the data as quickly as originally thought (or that we had disaster backup copies from the start), but whatever. What's done is done - we've always been a small operation trying to make a big mark - sorry that we didn't have the resources or ability to be a big operation (making a small mark?).

Say what you want about me, RS, Lee, whatever - it doesn't really do much in terms of getting things back online. Have we lost users? I'm sure we have, and I'm sad to see people go, but I understand. At the same time, when things were online, I tried to make sure we had equivalent or better responses than those 'big time' projects that have staffs, etc. It all balances out in the end. Those who want to join in our quest will; those that were around simply for easy credits have moved on to the next big thing in the BOINC world. In many ways, BOINC was a blessing and a bane; it brought on much more power for computing, but many, many more issues. At least in the short-term, there is no BOINC. BOINC ran on four different boxes and consumed more than 10GB/mo external traffic on its own. None of us in #rieselsieve has that kind of power sitting around, and so we need to evaluate our needs vs. our resources.

Sure, I didn't say much in this post, I guess, since I rambled a lot. But I have been around, watching from a distance, waiting for something real to happen. Since something has (DNS control finally handed over), there's actually a POINT to joining the discussion. People were getting too forceful previously regarding their want for information (which I made clear of), so I did the best I could think of - duck & cover. Thank you again to all those of you here for your care & concern about the conjecture, the project, and those involved. It really does highlight how great the DC community (especially the mathematics projects) really is.

Yeah, I read the update from Bryan.

However, the news about the BOINC part of the overall effort wasn't all that great, and it looks like it might be quite a while before they get it back up and running.

Therefore, maybe it's time to move it to the 'Retired' category, or at least decay out the Project reported RAC.

The RS-project has a new frontpage.

"bryan" wrote:
The original forum has been restored at http://forum.rieselsieve.com - now all the fun can move over there!

KAMasud: I wish Willy would place a walnut in the smileys section.

02-01 10:40
Laird of the wee White Hoose: Recovering. It's normally something, I do with a Land-Rover. My advice to you; stay single. -A single malt and single glass
02-01 05:22
Stacie: @Laird best part of a hangover is if your Partner is hungover also, you can spend most of the day in bed together recovering.