Welcome to the Computer History Museum on YouTube. We're committed to preserving and presenting the history and stories of the Information Age. Here on YouTube we offer videos of the many lectures and events at the museum and also historic computer films.

Also, be sure to check out the Computer History Museum website for even more information including online exhibits, upcoming events and our collection of computing artifacts: WWW.COMPUTERHISTORY.ORG 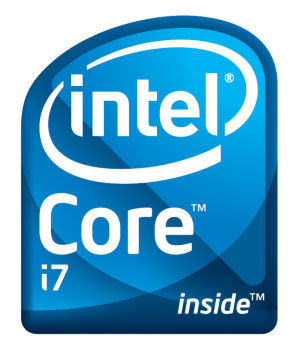 
Inside Intel there are many inspiring and informative stories about people collaborating to make great technologies. ChannelIntel is where we share stories from research to new products, education and social responsibility plus event happenings from around the world.

Intel is the world leader in silicon innovation. The company develops technologies, products and initiatives to continually advance how people work and live. Visit www.intel.com/pressroom for the latest news and join tech experts and enthusiasts on Intel blogs at http://blogs.intel.com.

Interests and Hobbies: Making computer chips and technologies that help others do great things.


Exploratorium: the Museum of Science, Art and Human Perception[Website]


UChannel: Public affairs events from academic institutions all over the world [Website]

Mike Wallace rose to prominence in 1956 with the New York City television interview program, Night-Beat, which soon developed into the nationally televised prime-time program, The Mike Wallace Interview. Well prepared with extensive research, Wallace asked probing questions of guests framed in tight close-ups. The result was a series of compelling and revealing interviews with some of the most interesting and important people of the day.

OpenLearn - from The Open University

"OpenLearn is online learning that is open to anyone, anywhere in the world using materials taken from Open University courses. And it is completely free to use! Instead of attending classes, you study online in the LearningSpace, using materials that have been specially designed for distance learning."

From a 4hr unit in Textiles in Ghana to a 20hr unit on The Big Bang, there is something for everyone.

Astronomy Picture of the Day

Discover the cosmos! Each day a different image or photograph of our fascinating universe is featured, along with a brief explanation written by a professional astronomer.

Open Education for a Global Economy


If you or your kids have taken an online lesson at the Khan Academy (3,200 video lessons, 168 million views), been enlightened by a TED Talk (1,300 talks, 800 million views), watched a videotaped academic lecture (Academic Earth, Open Courseware Consortium, Open Culture), enrolled in a MOOC (Massive Open Online Course, now being offered by companies like Udacity and a growing list of universities, including M.I.T., Harvard and Stanford), or simply learned to play guitar, paint a landscape or make a soufflé via YouTube — then you know that the distribution channels of education have changed — and that the future of learning is free and open.

This is good news for everyone, but it is particularly good for the vast number of people around the world whose job prospects are constrained by their skill levels and who lack the resources to upgrade them through conventional training. It’s a problem that a company based in Ireland called ALISON — Advanced Learning Interactive Systems Online — is helping to address with a creative model.

ALISON provides free online interactive education to help people acquire basic workplace skills. It’s not a megasite. It has a million registered learners, the bulk of whom live in the United States, the United Kingdom, India, Malaysia, the Philippines, Nigeria and the Middle East, where ALISON has 200,000 students. It is adding 50,000 learners each month, but the kinds of services it offers are likely to proliferate in the coming years.

Universities Reshaping Education on the Web


As part of a seismic shift in online learning that is reshaping higher education, Coursera, a year-old company founded by two Stanford University computer scientists, will announce on Tuesday that a dozen major research universities are joining the venture. In the fall, Coursera will offer 100 or more free massive open online courses, or MOOCs, that are expected to draw millions of students and adult learners globally.

Even before the expansion, Daphne Koller and Andrew Ng, the founders of Coursera, said it had registered 680,000 students in 43 courses with its original partners, Michigan, Princeton, Stanford and the University of Pennsylvania.

And some of them will offer credit.

This is the tsunami, said Richard A. DeMillo, the director of the Center for 21st Century Universities at Georgia Tech. It’s all so new that everyone’s feeling their way around, but the potential upside for this experiment is so big that it’s hard for me to imagine any large research university that wouldn’t want to be involved.

09-26 23:18
Stacie: @KAMasud I used to think about helping humanity then I lowered myself and became a credit whore